Quartz: Then Versus Now 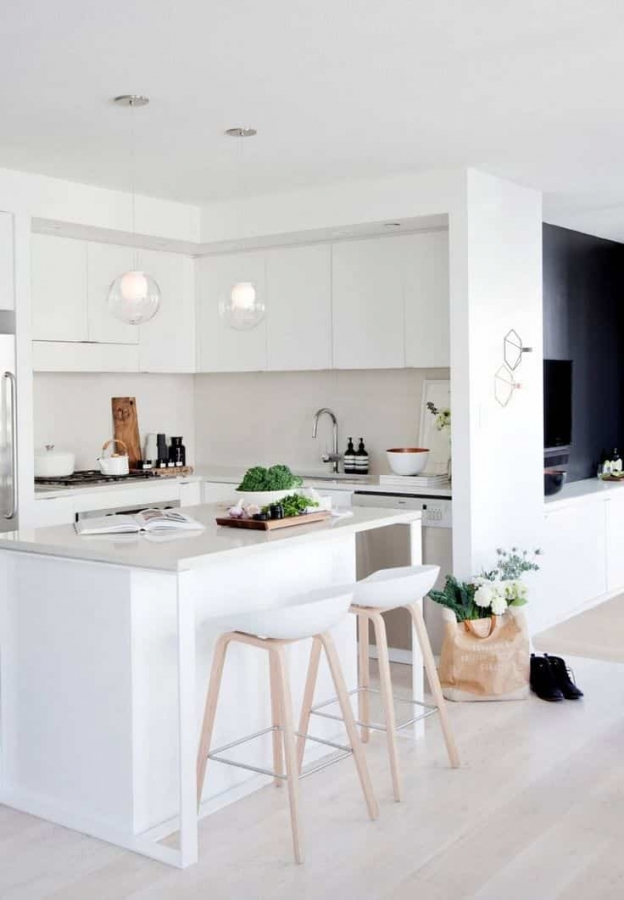 Throughout the last century, Quartz has become one of the most popular materials used in both residential and commercial settings.

Being the second most abundant mineral available in the Earth’s continental crust and coming in at a 7 on the Moh’s Scale of Hardness, it isn’t difficult to see why.

That being said, Quartz 50 years ago is not the same stone that we know and love today which is why here we’ll be exploring the journey of this coveted mineral.

The Making of Quartz

It was in the early 1960’s that Modern Quartz was first engineered to create the luxurious countertops we see across the globe today. By pressing polymer resins into natural quartz crystals that had been mined and extracted from open pit mines, quartz became a viable option for countertops. This process was first carried out by an Italian company who recognised that despite the durability of raw, natural quartz, it would not be directly suitable in this state as a countertop. However, by reenforcing it with sturdy polymer resins, the ideal surface could be manufactured.

The natural beauty of quartz from this point could now be amplified through intricate manufacturing processes that allowed the creation of new and innovative products. Quartz countertops could vary in colour through the addition of pigments, as well as material and texture making it a much more desirable choice for consumers wanting a customised addition to their homes.

When was Quartz popularised?

The ability to more extensively control the manufacturing process of modern quartz in the 1960’s meant that countertops quickly became popular in Italy, where this manufacturing began. It then wasn’t long before the rest of the Europe began to welcome this new, modern quartz into their homes over the next few decades.

As with many European trends, the US market took much longer to catch on to the modern quartz countertops we see in homes globally today. American homeowners for a long time used and loved laminate countertops that were relatively cheap, sturdy and could be manufactured in a range of styles and colours. Plus, quartz appeared aesthetically similar to other widely available natural stone countertops in the US such as marble and granite so there was limited interest in the beginning.

It wasn’t until the 1990’s that the American public began to look past the purely aesthetic pull of modern quartz and see the multiple benefits of this material as a countertop. By the early 2000’s the quartz boom had begun as American sought out not only aesthetic beauty but most importantly, longevity.

Was Quartz always known as a cheaper alternative to granite?

The unique qualities of natural granite have meant that is has always been a more expensive choice of materials for countertops. Depending on the type of granite the consumer requires, the price can quickly rise particularly if the type of granite is rare and can only be retrieved from a specific area of the globe.

Granite is rated a 7 on the Moh’s Hardness Scale but some types of granite can be less durable and more prone to cracking during the manufacturing process. The price can therefore increase substantially when a lot more time, effort and care must be taken to ensure the granite can be delivered to the customer intact and on time.

That being said, quartz was not always known as the cheaper alternative to granite prior to the creation of engineered, modern quartz. It was only once quartz countertops could be manufactured in this way, it quickly overtook granite in popularity. Manufactured quartz allowed for the freedom to add a variety of elements into the components which make up countertops. For example, Silestone is a compound made up of 90% natural quartz which uses antibacterial elements to impregnate the quartz, making the surface not only unique but extremely hygienic.

The manufacturing process also helps to reinforce quartz, ensuring its resilient and durability. Modern quartz is no longer vulnerable to breaking or cracking during the manufacturing process or transportation, chiefly because it does not have any natural veining that risks the slab’s structural integrity. The speed at which modern quartz countertops can now be manufactured greatly reduces the lead times and in turn, reduces the cost.If you are interested in finding out more about Quartz countertops or have any questions please don’t hesitate to get in touch with us today at Granite & Quartz Installations on  0161 287 0715 to find out more about our worktops and receive a no obligation quote for your project.

Think we would be a good fit for your next project?